Towards a vibrant, relevant, and sustainable university. Staff Union puts pen to paper in support of VC initiated reforms

The Universities Academic Staff Union led by its Secretary General Dr. Constatine Wesonga held consultative discussions with the University administration, with the aim of supporting the ongoing reforms that were initiated by the University of Nairobi Vice-Chancellor, Prof. Stephen Kiama. An amicable agreement was arrived at to the satisfaction of both parties.

The signed agreement saw the withdrawal of a petition filed in the labor relations court by the Union. 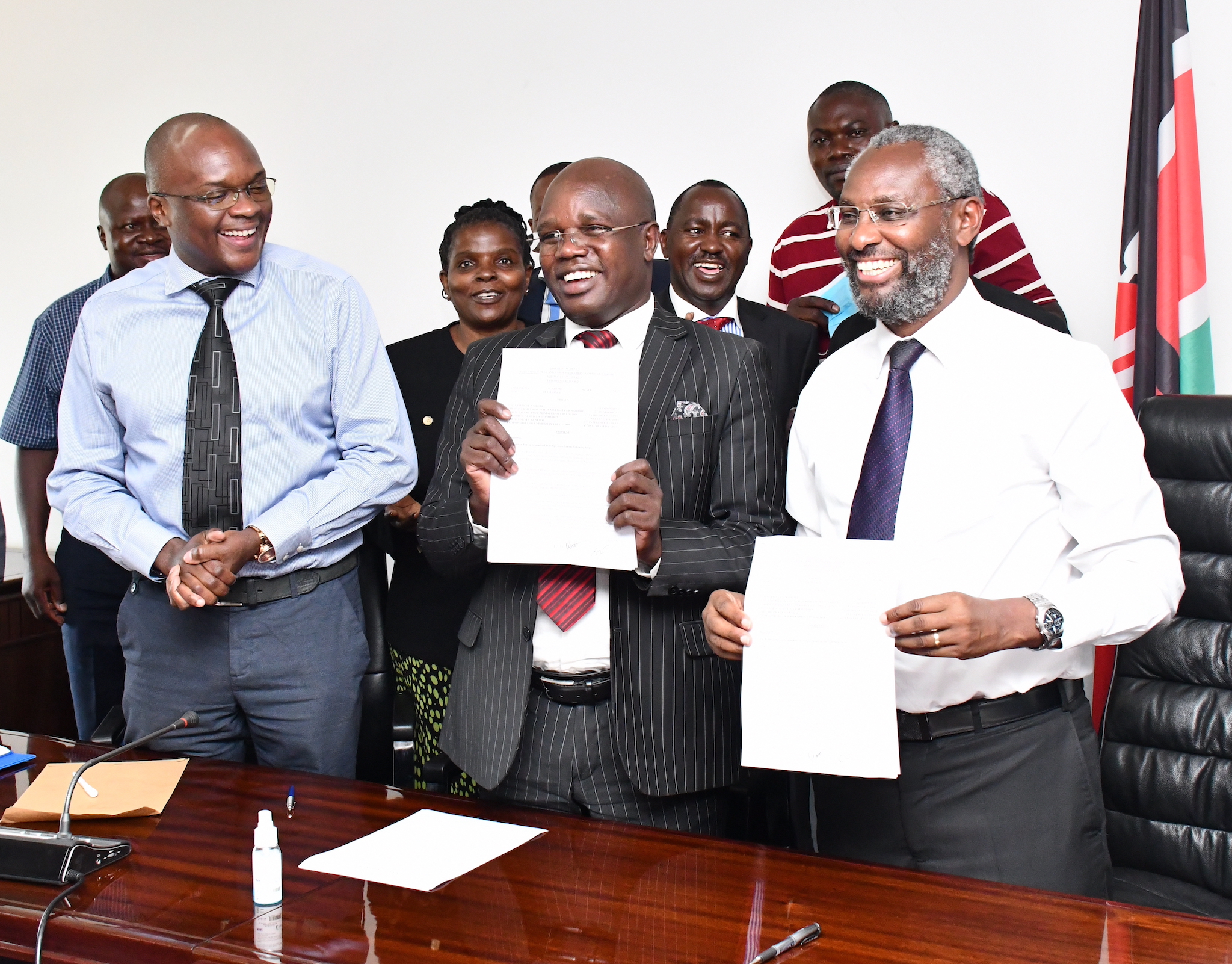